Single-serve coffee has become a thing of today. While the markets for freshly brewed coffee are still hot, the single-serve market is definitely heating up. According to MarketWatch; which is published by Dow Jones & Co., single-serve coffee still accounted for less than half the volume of regular coffee sales, but they were forecast to rise by 213% to an estimated $3.1 billion in 2012 from 2011. With the quick adoption of single-serve coffee by consumers, many large brands, and even new brands are joining this coffee trend. 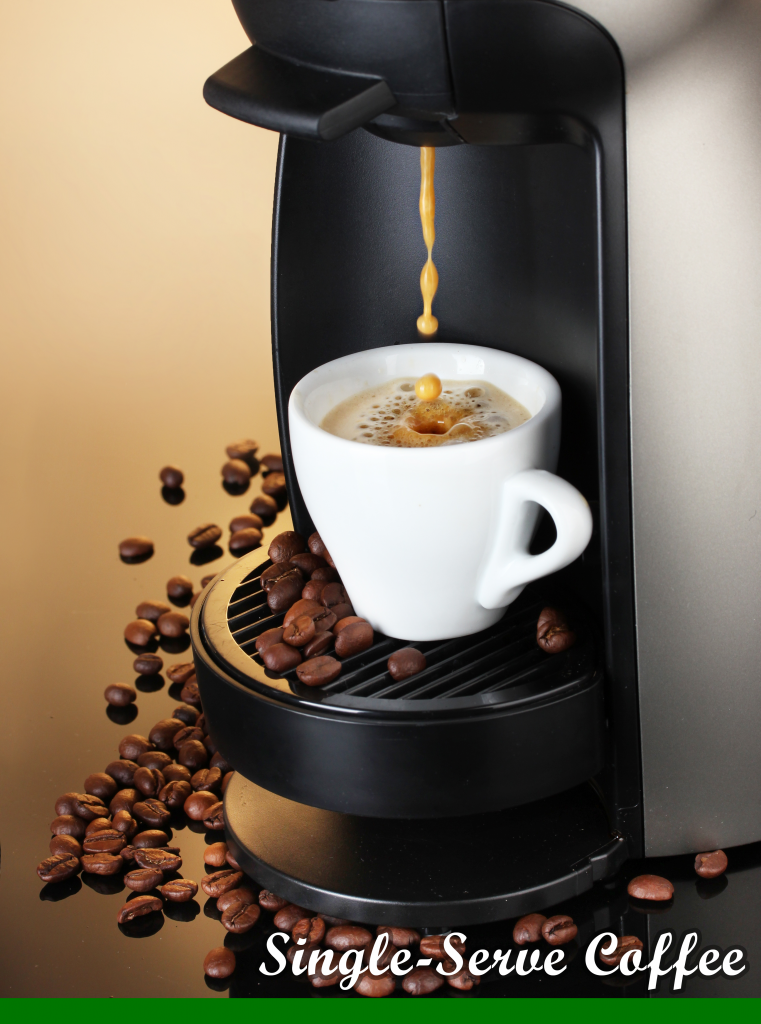 Here’s an interesting thought though, with the rising concern for environmental sustainability, how in line is the concept of single-serve coffee with these concerns? Many of the disposable capsules or pods are usually made of plastic or another chemically engineered material that isn’t biodegradable. With people drinking so much coffee every day, week or month, this indefinitely accumulates a ton of waste, and not to mention, requires a large amount of resources to keep producing. Beanarella, a Swiss Coffee Company which was founded in 2011 is one of the players in the single-serve coffee market. Beanarella was granted the “Golden Idea Award 2013” for being the first company to create a compostable coffee capsule worldwide. We think this is a huge step in the right direction and hope to see other brands following in their footsteps in the near future.

How about you? Are you a fan of the Keurig Coffee Brewers or any other single-serve coffee products? The coffee industry is now addressing sustainability concerns, but how willing would you be to pay more to use the more sustainable products?

Let us know your take on this!