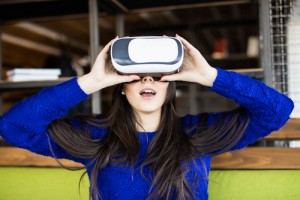 Virtual reality technology is quickly entering homes around the nation and will likely have an impact on the way we eat and drink in the future. A group of 30 people in Los Angeles are working on a project called Project Nourished to bring virtual reality into the world of food and drinks through “3D printed food.” Virtual reality meals involve putting on a headset to experience a gourmet meal.

Along with the headset, there is also an aromatic diffuser and bone conduction transducer. The aromatic diffuser blasts food aromas and the bone conduction transducer wraps around the back of your head to mimic the sounds and vibrations of chewing. Consumers may be in a virtual reality world where they perceive that they are consuming pizza and cake when in reality they are chewing on a piece of spinach.

According to Robert McGorrin, department of Oregon State’s Food Science and Technology department, “flavor is about 80% aroma and 20% taste.” Project Nourished is working on offering customers a state-of-the-art fine dining experience by including a downloadable 360 degree VR video of unique themes such as up in the sky with the stars or on the beach. Restaurants that want to create a complete experience around a meal, not just a plate of food may gravitate toward using virtual reality to incorporate all five senses! 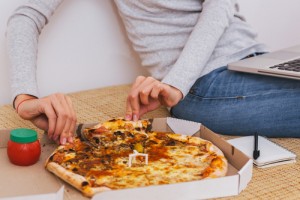